Spaces
Culture
Community
About Us 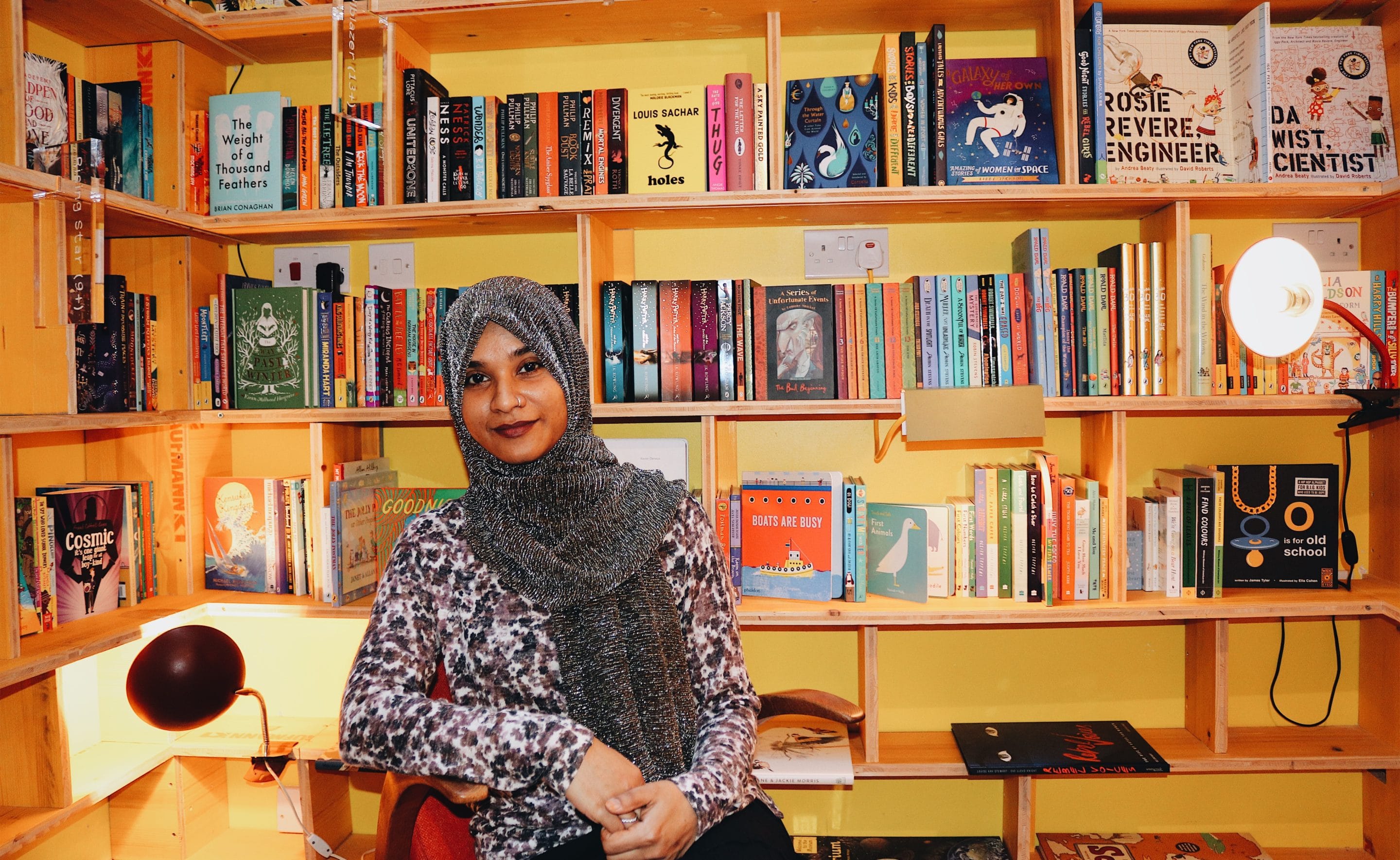 Literacy and language skills for migrants

Tamara had been a teacher in her native Hungary before coming to the UK. She had been looking for work in the UK for several years.

Fatema meanwhile is a grandmother who lives a stone’s throw away from Second Home Spitalfields. She’s lived in the same area for over 20 years.

Just after Christmas in 2018, Tamara started a new role at a housing company working in the accounts team. Around the same time Fatema got a job in a school.

Tamara and Fatema have been one of 40 local residents to have participated in Libreria Language Labs, Second Home’s initiative to boost literacy and employment among the residents around our buildings.

The scheme started in September 2017. Since then, every Monday in Libreria, Second Home’s bookshop in East London, migrants living in Tower Hamlets come together to learn practical language and literacy skills.

It was originally a small side project by two existing Second Home employees, Gabi Spangenthal who works on new projects and Magdalena Moursy, Second Home’s events producer. Magdalena says: ‘Gabi and I saw that we could do something with the bookshop given it was closed on Mondays. A benefit to the local community was what we were thinking.’

After seeing how the scheme was fostering literacy and confidence among local residents, Language Labs has since blossomed into a wider initiative in the company with the ambition to grow across all of Second Home’s sites in London, Lisbon and LA.

A breakthrough came when Magdalena and Gabi met ELATT, a charity which seeks to develop skills through training. Since then, Libreria Language Labs has partnered with a number of local organisations and businesses including several Second Home members who have volunteered and given their time on a Monday to support the Language Labs students. (In fact, Tamara’s break came after a CV workshop with a member of the recruitment firm Druthers who are part of the Second Home community).

Over the last 18 months, the bookshop has been the backdrop for language lessons in the morning. (Food is a recurring theme. The fish curry versus fish and chips debate was a memorable one.) The afternoons involve practical workshops such as community leadership, confidence building, CV-writing, conversations as well as more fun activities like floristry and leather-making.

It’s a painful reality that the areas in cities like London, New York and LA where creative and innovative people pitch up are often also characterised by the worst levels social mobility. Tower Hamlets, where our first site opened, has long suffered the highest levels of poverty and unemployment in London. Adult literacy has also been among the worst anywhere in the country.

The purpose of the Language Labs sessions is to help put a small dent into those levels. We’re determined to keep supporting the scheme in Spitalfields and everywhere else we go and hopefully support more people like Tamara and Fatema.

To get involved with Language Labs in Spitalfields, or to find out more about the programme and where we’re launching next, email the Libreria team
Share on