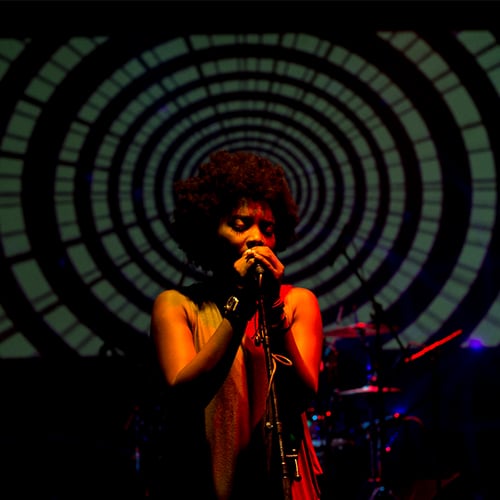 Debating and celebrating the role of women in music with three strong women who have a wealth of experience in the industry: Fiona Stewart, Nancy Noise and Sally Rodgers.

With nearly a century of experience between them, our guests will discuss their professional journeys – what they learnt, how it’s shaped them and what advise they’d pass on to the next generation of women entering the industry.

Fiona Stewart was instrumental in helping to build the Big Chill festival into one of the most important independent festivals in the country. More recently, she has guided the Green Man festival into becoming one of the key events in the festival season, while also retaining its independence and strong sense of direction.

Nancy Turner, better known by her DJ moniker Nancy Noise, is one of the Balearic pioneers who helped bring the Alfredo sound of Amnesia over to the British Isles. She started DJing at Paul Oakenfold’s club Future and has been spinning ever since.

Finally, we have Sally Rodgers from A Man Called Adam. Sally has been performing for 30 years alongside long-term collaborator Steve Jones. Although AMCA have not been as active in recent years, they have continued to work as sound designers for, among others, BBC Radio 4, the National Science Museum and Miraikan Museum in Tokyo. Sally recently became leader of Leeds College of Music’s Electronic Music Ensemble (where she also lectures) and is currently producing a new A Man Called Adam album, as well as DJing regularly.